Liverpool legend Steven Gerrard has named his ideal forwards in the Reds shirt. The former skipper of the side played alongside some of the best players the club has seen. He combined very well with Fernando Torres, when the Spaniard moved to Anfield from Atletico Madrid. 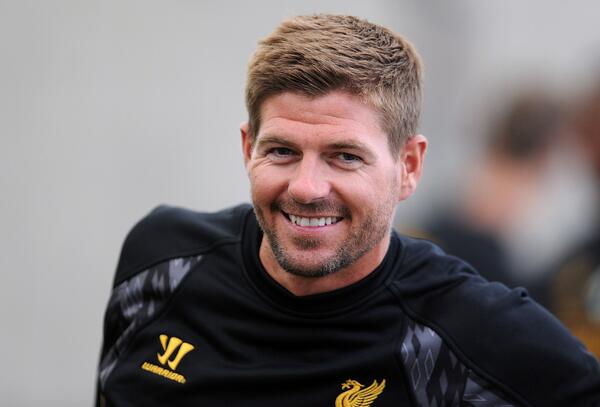 Gerrard also played along with an impressive Luis Suarez. He is watching from the stands now after retirement, seeing how summer addition Mohammed Salah is making a name for himself in his debut season.

Torres score 33 goals in one season then and Suarez netted 31 – the most goals a term for both legends. Fans regularly compare both stars, asking who was more prolific. Salah has scored 32 goals already and will likely add to that tally, making him the highest goalscorer in a single season, in recent times for the Merseyside football club.

Gerrard stylishly weighed in on the popular debate, saying Torres had “a great phase” at the club but that Suarez did it for longer. He claims the Uruguayan would still be hitting the 30 goal mark if he was still at the club. He praised the other achievements of Suarez, his assists and team play.

Gerrard wants Salah to continue to be consistent through the years and add silverware to have an edge over Torres and Suarez that “never won much.”

Salah is in competition with Tottenham’s Harry Kane for the Premier League Golden Boot. Kane has won it the last two times and is in strong position to add a straight third. The Egyptian has been fit and with his pace he is a strong competitor. Heads would turn if he won the award in this full debut season at Liverpool.