English journalists Darren Ambrose and Alex Crooks were stunned in a positive way after Benfica midfielder Adel Taarabt made a comparison involving new Liverpool player Darwin Nunez and Fernando Torres. The talkSPORT presenters interviewed Taarabtto know more about Uruguayan international Nunez on the back of his €100m move from Portuguese club Benfica to Liverpool this week. Taarabt and Nunez were teammates at Benfica for two seasons. 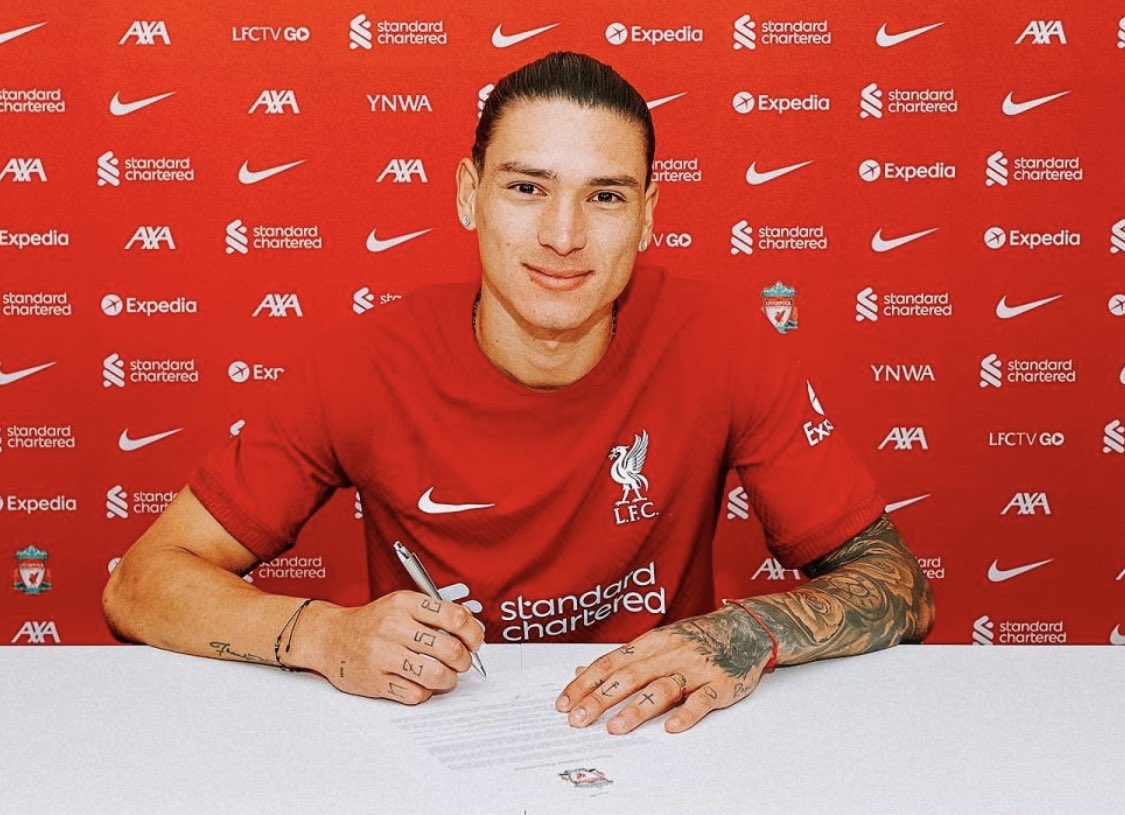 Taarabt said he could immediatelysee the talent when Nunez signed for the Portuguese club two years ago. Speaking further, he said the new Liverpool player is a mix of Fernando Torres and Edinson Cavani.

Benfica midfielder Taarabt said nobody knew Nunez when he joined the Champions League quarterfinalists from Spanish team Almeria. The ex-Tottenham Hotspur mansaid a lot of people weresurprised Nunez moved to Benfica for a big fee. He went on to say his new teammates at Benfica knew the Uruguayan was going to be one of the best strikers in the world.

On the comparison between Edinson Cavani and Fernando Torres, Taarabt said Nunez is a mix of Cavani and Torres. Nunez has a lot of characteristics as he’s good aerially and he can go behind as well.

Merseyside giants Liverpool paid an initial fee of €75m for 22-year-old Nunez plus €25m in add-ons to take the deal to the €100m mark. His transfer from Benfica to Liverpool wasconfirmed by the Champions League finalists earlier this week. Nunez could be the like-for-like replacement for African star Sadio Mane who has one year left on his current Liverpool deal. German champions Bayern Munich have been seriously touted as the next club for the Senegalese international in the media. It was reported earlier in the week that Mane has agreed a three-year deal with Bayern and the two clubs have to agree a transfer fee for the player to sign for the Germans.