As soon as the new season kicked off in FIFA Mobile, everyone was super hyped for the new FIFA Mobile 22 Torres Icon Journeys. EA introduced a grinding permanent event where players will have to complete certain milestones throughout the season in order to claim the 99 OVR Prime Icon Fernando Torres! Additionally, players also have a choice between the two different positions (ST/ CF) of Torres to choose from. 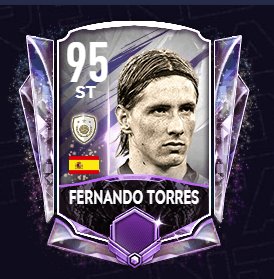 Similar to Zidane, Beckham, and Gullit Event of the yesteryears, Torres is the first permanent event to be released in-game which gave the players the chance of claiming a Prime Icon totally Free to Play. Although a lot of players have completed the campaign, for those of you who are still stuck in limbo and finding difficulty, here is our guide to ease things up!

In order to claim the Beastly 99 OVR ST/CF card, Torres, you need to complete a set of milestones on way to your journey. So as you head to the milestones tab to check your progress, you will have to complete the entire World Tour, and reach FIFA Champion in either VSA or H2H. You will have to win 15 League vs League tournaments and many more!

Triple Digits: Build a 105 OVR Squad on your road to FIFA Mobile

Leagues: You’ll need to win 15 League vs League tournaments with the help of your league mates.

You’re a Star: Earn a total of 20,000 Star Pass Credits on the monthly Star Pass.

Management Material: Upgrade up to a total of 100 player levels.

Skill Trainer: Upgrade your Skill Boosts up to a total of 5 times.