Atletico Madrid maintained push for a top three finish in the La Liga after managing a 1-0 win over Real Sociedad during the weekend. 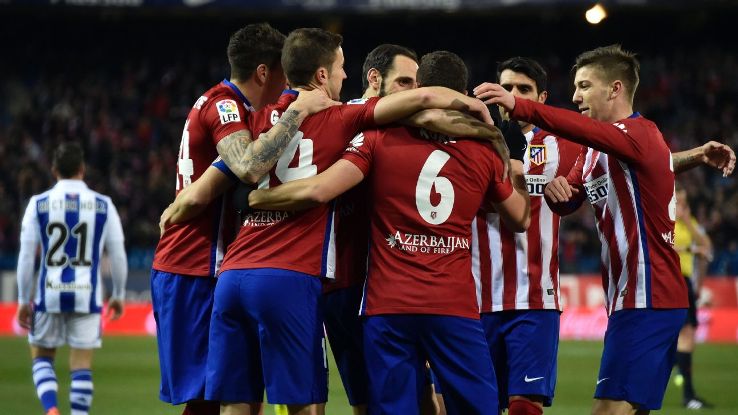 The win came as a result of defender Filipe Luis scoring the only goal of the game in the 28th minute. This was Atletico’s fifth consecutive win in the league and they have been able to take advantage Sevilla’s poor form in recent weeks. However, the game could have been far more comfortable had it not been for Fernando Torres missing some easy chances in front of goal. The former Chelsea and Liverpool striker has lost his goal scoring touch.

Yet, manager Diego Simeone prefers to play the striker due to his incredible work rate and the absence of Kevin Gameiro. The latter has not featured in the last few matches due to injury.

Yet, Torres could have scored goals that would have been the result for more comfortable, as more dropped points would have been catastrophic for Atletico. The club’s poor run of form during November was capitalised on by Sevilla, who had been in the top three places up until now. Jorge Sampaoli’s team are winless in the last five games, and they have conceded the third position as a result.

Diego Simeone says that he is extremely happy with the way his team performed against Real Sociedad. In fact, he is happy with the team’s performance since the turn of the year. “Since 2017 began, we have been playing much better, a much more balanced team, more consistent in our play. The team has been working better. That allows us to compete as we have been doing. What our kids are doing is still extraordinary, we were nine points below Sevilla, and the team kept working, just looking forward. Now we will see about what is left,” said Simeone.